Canadians enjoy some of the best air quality on the planet. In fact, they rank third in the world in air-quality index. At least that’s what the World Health Organization says. To see where other countries rank in regards to levels of air pollution, check out this handy WHO Air Pollution Ranking Chart.

WHO launched its first Air Quality database back in 2011, encompassing 1,100 cities in 91 countries. In comparison to 90 other countries, Canada tied for third with Australia, while Estonia and Mauritius took first and second place respectively. The ranking was compiled by the number of pollutant particles recorded in each cubic metre of air in each country around the world. The report praised Canada for taking such definitive actions over the years to improve its outdoor air quality.

Poor air quality is no laughing matter: WHO says that 1.3 million people die each year from outdoor air pollution, with the effects on health ranging from lung cancer to pneumonia to other chronic conditions. At the least it can trigger or worsen allergy and asthma symptoms. In Canada alone, 2,400 people die every year from effects of air pollution. 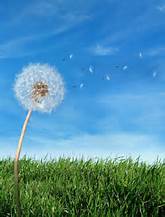 The capital city of India – New Delhi – has the absolute worst outdoor air quality in the world, much of it attributed to burning of bio-mass, industry emissions and coal-powered power stations, says CNN Money. With 8.5 million registered vehicles in the city and 1,400 cars joining the streets every single day, it’s no wonder pollution is New Delhi’s biggest problem. In fact, 13 of the world’s 20 most polluted cities are actually located within India.

There are four main factors that contribute to pollution levels in cities:

WHO officially recognized air pollution as a cancer-causing agent back in 2013, putting it on its growing list of known carcinogens. As more people breathe in damaging air particulates, their risk increases to contract anything from lung to bladder cancers. Research shows that air pollution caused about 220,000 lung cancer deaths around the world in 2010 alone. Beijing, China, is a constant offender when it comes to pollution, setting records in 2013 for particulate levels of more than 755 micrograms. To put that into perspective, people should only be exposed each day to a max of 20 micrograms.

Rising levels of air quality concerns, which are leading to both short and long term health risks, are prompting more and more cities to develop “indoor cities” where air quality can be better controlled.

For instance, in Shanghai, this effort is already underway thanks to the creation of 300 miles of subway lines that connect high rises chock full of banks, restaurants, supermarkets, and entertainment complexes containing everything a person could need without having to step foot outside. Other major cities like Tokyo and Hong Kong are moving toward this model as well.

Fortunately, Canada doesn’t have to worry about this thanks to its excellent outdoor air quality. Canadians can also control the quality of their indoor air by using superior furnace filters and regularly changing their filters. We want to know about how you keep YOUR air clean. Comment here!