You may have heard of the terms MERV Rating and microns, but do you know what they mean? MERV stands for Minimum Efficiency Reporting Value and this rating system is designed to illustrate a filter’s performance by particle size, ranging from 0.3 – 10 microns, with a value based on the lowest, or minimum, efficiency for any given filter. The MERV rating you choose will determine just how many microns that particular filter will handle.

Now, what’s a micron? This is a very small unit of length equal to one millionth of a meter. Filters have varying degrees of tiny holes, which allow certain sizes of dust to get through. The higher the MERV, the better the filter is at capturing those small particles such as pet dander and other allergens that can cause sneezing and upper respiratory ailments. Consequently, you also have to change them out more frequently because they are so darn effective! 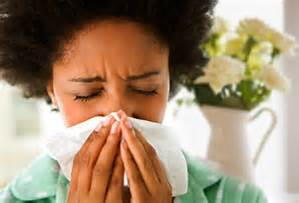 However, a MERV 8 is less than 70 percent effective at trapping particles between 3.0 and 10.0 microns. Go down to a four and you’re at less than 20 percent. At the highest end of the spectrum, MERV 16s capture better than 95 percent of 1.0 to 3.0 microns.

All that being said, you don’t have to go out of your way to shell out big bucks on the MERV 16 when you need a simple air filter for your home. A MERV 8 or 11 will do the trick just fine. The key is changing them out as recommended, usually every two to three months or so. In fact, we recommend a lower MERV because the higher ones can give you a false sense of security in that you may not change it out nearly as often. Just because a filter has a high MERV rating does not give you permission to leave it in for six months thinking it will still be effective. It won’t. Just trust us.

As the weather outside gets frightful, it’s time to think about hibernating. To do that comfortably, you need two things: a furnace that works and filters to put in them. We can help with the filters. Place an order this morning and get them tomorrow afternoon in most cases! Plus FREE shipping of course.